Emotional highlights from the launch of the Prairie Healthcare Scholarship.

Operated by the McIntyre Family Foundation the scholarship fund aims to give out $400,000 per year. 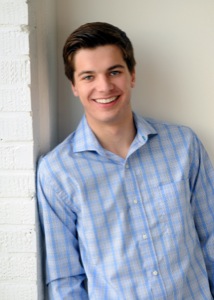 18 year old Cole Kritzer’s dream is to be a doctor. Whether he is a pediatrician, Sports specialist or surgeon, he is determined to help others and make a meaningful contribution to our healthcare system. Academically strong, Cole has been on the honour roll his entire high school career. One of Cole’s scholastic achievements is being chosen to write the French version of the Waterloo International Mathematics exam.  In addition to pursuing his academic goals, Cole understands the importance of volunteering, a trait which his parents instilled in him from a young age. Being a part of the Canadian Cancer Society, Heart and Stroke Foundation and the Salvation Army, have led Cole to volunteer in organizations like S.A.D.D. (Students Against Drunk Driving) and Operation Christmas Child.  One of Cole’s volunteer highlights was stepping up to coach an Under 12 United Boys soccer team when there was a lack of coaches.  For his efforts he was named Saskatchewan’s Grassroots Player of the year by the Saskatchewan Soccer Association.  Cole’s volunteer experiences as well as positive role models have led him to pursue a career in medicine.  He has been accepted into the University of Saskatchewan’s Kinesiology degree program and is looking forward to pursuing a career in medicine.
Powered By Overtime Communications

Let us make your post-secondary dreams come true! Apply for the #DreamBigMFF scholarship at mff.ca/apply.Another intake of dreams begin, scholarship applications are being accepted from June 1-30
info@mff.ca